Given a “flat” dataset, i.e. rows (called records) x columns (the variables), randomly arranged, the goal of  Visual DB algorithm is to minimize the sum of the differences between each cell of the data set and its first neighbors, by means row and column optimal permutation.

The Visual DB algorithm relies on the assumption that existed between all these matrices a “optimal matrix”.

This optimal matrix is the matrix in which the sum of the square sum of differences between each cell and its nearest neighbors is smallest (considering the dataset as a toroidal topology).

The Visual DB algorithm is a bottom-up explorer, that at each iteration performs transformations on the source dataset in order to minimize the assigned cost function. 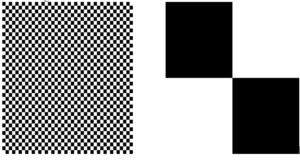 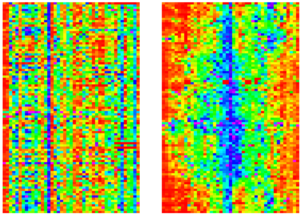