Conic Net is an updating of the Bimodal Net. The hidden layer is composed of 3 nodes (two nodes receiving the input vector signal and the last one able to compute the output activation) and the six parameters of the conic functions (see Figure  below). 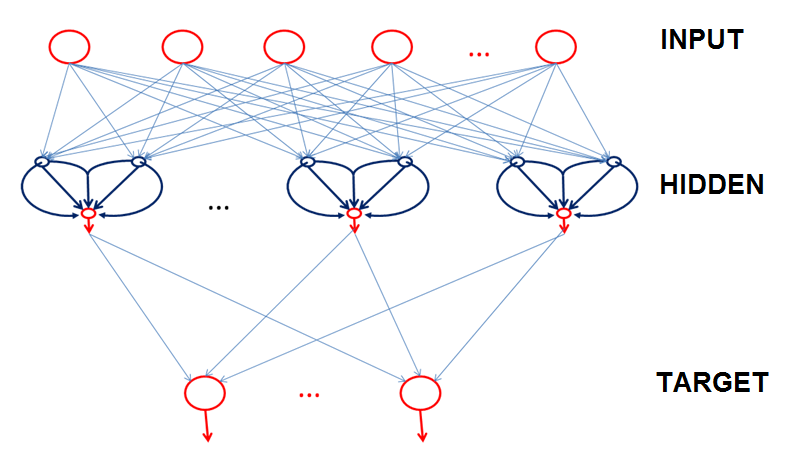 An example from the known Iris dataset can be useful. Iris dataset is composed of 150 Iris of three different classes. We have 4 input features for each record and now we show the four quadratic functions (complex Hidden Nodes) of the Conic Net after the training phase and when the RMSE is close to zero.