Let us imagine that the 2d entities located in the environment space tend to move because of the action of some inherent force. In particular, this force can be interpreted as the quantity associated to the entity, which now gives a momentum to the entity that depends on the magnitude of the quantity itself. Each entity thus describes a trajectory in the environment space. For simplicity, we assume all such trajectories to be linear. Suppose moreover that the space is covered by a grid, and that the force that acts on the entities also acts on the grid, so that the change of position of the entities brings about accordingly a distortion of the original grid, i.e., the field of forces generated by the quantities assigned to the entities may now be visualized in terms of the modifications that it produces on the grid. We call all points belonging to the grid geometrical points. How can we describe the actual effect onto the grid of the forces acting upon the entities? 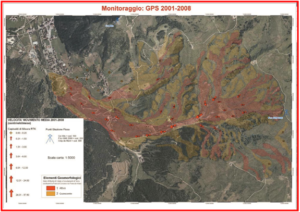 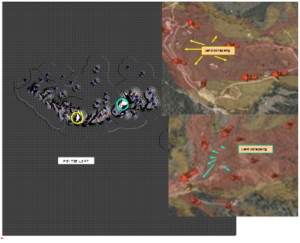 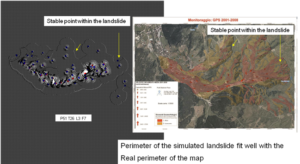 [1] Twisting Theory (TWT): a new theory and a new class of Algorithms able to model the global deformations of the space, considering the trajectories of only a little sample of points along the time flow. Applicant : Semeion Research Center & CSI. Inventor: M Buscema. USA Patent : 12/969,887 . Deposited 16-Dec-2010.