Gauss Net is a new type of Supervised ANN whose first hidden layer is composed by a set of Gaussian kernels. When each input vector is compared with the initial random weights two quantities are generated: the distance and the dot product between input vector and weights. The difference between these two quantities feeds the Gaussian functions. The output layer is a traditional layer where the minimization of the square error is optimized. 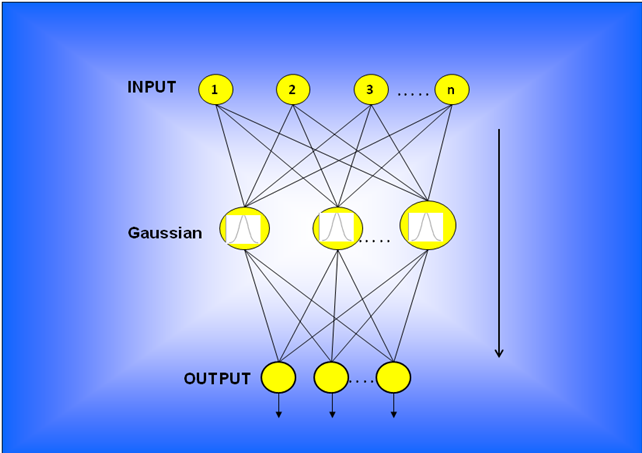