How to transform a dataset (rows x columns) into a set of dynamical systems.

We can do that from two different points of view:

The target is to generate another dataset where it is known how all the Columns of the original dataset interact each other along a virtual time, according to the parameters of the implicit function (previously computed) of the assigned dataset.

In the new dataset each Columns will represent a path (a dynamical system), where each state is the value, at a specific temporal step, of the interaction of the all Columns when a specific Column is set on: 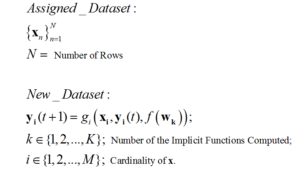 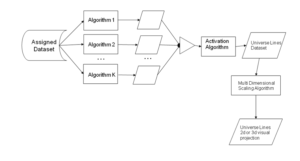