Selfie ANN is an algorithm able to estimate the perception that a set of Entities have of space where they are located in. This estimation allows to predict the diffusion of a process, if the assigned Entities represent a sample of the process itself.

When a new Entity (point) appears in a specific position, all the trained Entities will try to modify the position of the new point in relation to the logic that they have previously learned (the Hyper Surface computed).

n=the index of the input vector and of the output vector;

p=the index of a generic point.

During the test phase we may have 3 typical cases:

Normal case 1: The new point has the same position of someone of the trained entities: in this case the new position assigned to it will be similar to its original position (according to the training error).

Normal case 2: The new point has different coordinates from any of the trained entities: in this case the new position assigned to it will be different to its original position, in order to maximize the function learned. 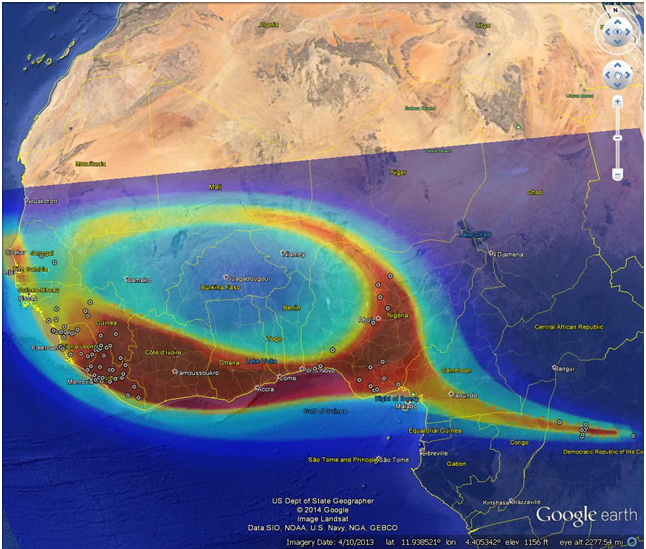